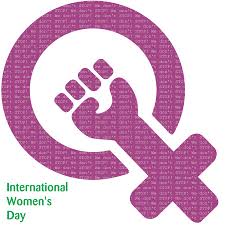 Let the Hope and Prayers and Work continue…..

Women’s rights around the world are an important indicator to understand global well-being.

A major global women’s rights treaty was ratified by the majority of the world’s nations a few decades ago.

Yet, despite many successes in empowering women, numerous issues still exist in all areas of life, ranging from the cultural, political to the economic. For example, women often work more than men, yet are paid less; gender discrimination affects girls and women throughout their lifetime; and women and girls are often are the ones that suffer the most poverty.

Many may think that women’s rights are only an issue in countries where religion is law, such as many Muslim countries. Or even worse, some may think this is no longer an issue at all. But reading this report about the United Nation’s Women’s Treaty and how an increasing number of countries are lodging reservations, will show otherwise.

Gender equality furthers the cause of child survival and development for all of society, so the importance of women’s rights and gender equality should not be underestimated.

Almost two decades ago, in Beijing, 189 countries made a commitment to achieve equality for women, in practice and in law, so that all women could at last fully enjoy their rights and freedoms as equal human beings.

In the years that followed, the world has witnessed tremendous progress: the number of women in the work force has increased; there is almost gender parity in schooling at the primary level; the maternal mortality ratio declined by almost 50%; and more women are in leadership positions. Importantly, governments talk about women’s rights as human rights and women’s rights and gender equality are acknowledged as legitimate and indispensable goals.

However, the world is still far from the vision articulated in Beijing. Approximately 1 in 3 women throughout the world will experience physical and/or sexual violence in their lifetime. Less than a quarter of parliamentarians in the world are women. In over 50 countries there is no legal protection for women against domestic violence. Almost 300,000 women and girls died in 2013 from causes related to pregnancy and childbirth. Approximately 1 in 3 married women aged 20 to 24 were child brides.

All of our societies remain affected by stereotypes based on the inferiority of women which often denigrate, humiliate and sexualize them.

Global Women’s Project invites all women to live in solidarity with women around the world seeking to empower women and girls in their own communities in living a life of dignity and respect. How might you work to empower women in your community this International Women’s Day?

We don’t need to be a voice for the voiceless, as the saying often goes. Everybody in need has a voice—Jesus’ healings gave witness to this. They all vocalized their needs. The difference is, that Jesus listened.